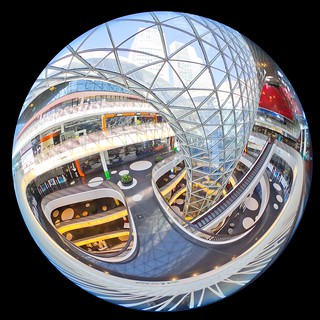 Over the holidays, I finally get to work on my ToDo list regarding this blog. This list includes every topic I want to address, and creativity has been on it for a long time. So this is also an answer to INTJunicorn. Although I am not a professional artist, I put my nose into some art forms and at least got ridiculously underpaid Euros for it. And yes, the question is whether as a highly organized, "emotionless" INTJ can do anything with art at all is worth a look.

But we start at the very beginning. There are two artistic subjects at school here: art and music. Art just means painting with watercolors, and I was not so good at that. Although I took the ninth place in a children's painting competition and my shot at etching (bird's nest in the tree) was at least good enough to be hung public with the other best pictures in the class (and unfortunately never returned). In hindsight everything was rather modest, since my imagination could never quite keep up with my painting technique. I had already considered showing these art works here, but then the stereotypical INTJ perfectionism won again: we only go public with something if we know it's good. For the outsider, it may seem like we are awesome with everything we do, in fact, we only hide what questions that image.

It was a bit different with music. I started to take piano lessons late (at the age of 10), four years later I switched to church organ and lessons included music theory and harmony. At school I was in the second row of piano players - behind the showcase talents - but I still made it on stage a few times. Also as a tenor in the school choir. Mediocre, I always reached only A flat - actually baritone, but this was always enough for the tenor choir parts. But I can claim to have been expelled from an elementary school class for singing too enthusiastically (once in a lifetime ...). But I was not content to only play sheet music, but always improvised and then composed smaller pieces as well. As an organ student you had to regularly fill in for the regular organist / teacher and I continued to do that for a while. But since I only attended the local music school and not the church music academy, this was paid only miserably, even if I have regularly made a musical overkill and played the best of the organ literature as a free pieces. But I was never as perfect as you would expect, the mistakes and misskicks regularly went into the dozens. But hardly anyone noticed, i think. I have also recorded one or the other piece, but each took dozens of takes until i made it without error. In short: This absolute focus on perfection (and hours of practice), which is essential for a musical career was simply not mine.

I put some hope into my Compositions: First a mass for choir and organ and then a full-blown concert for piano and orchestra. Despite all proverbial neutral INTJ self-assessment, I still think the latter is acceptable. Not awesome, but not so much different from Beethoven's second which he wrote at the same age (numbers 3 to 5 are a class better). Unfortunately, I did not find anyone who shared that opinion and gave me the chance to perform. In Germany, only someone who has studied at a university counts and a music career was never in the picture for me.

However, I found with some delay another form of expression for visual art: while I could not paint on paper what I imagined, I still had an idea of â€‹â€‹what a good picture has to look like. Combined with my love of technology, photography is a possible way of expression. Since then I have also tried many different varieties: From classical studio pictures to street photography, nature, architecture, concerts .. just everything where I saw a motive and "just" had to make the picture. Again, I did this as a part-time job for the local newspaper and again overkilled it, because I have presented always more artistically tinged pictures than the editors required. But why should not I deliver a nice picture if I could? The editorial team was more concerned with what was shown, no matter what it looked like ...

Well, after I quit both the organ playing and the newspaper job because of lack of recognition, my artistic vein fell a little bit asleep. I still take pictures every now and then and also have to sort the pictures taken during the holidays of the last two years (keep the RAW files or not, putting the HDR together). This is always difficult, although I have been very restrained and pressed only the trigger when the chance was to make a good picture. The nice thing is that I could practically continue where I left off when new perspectives arise.

Out of necessity I do the ads, website and the videos of the cooking events for my company, no idea if that also counts among art. (Fiscal apparently, if I were not primarily a dealer I would have to pay taxes in the artists' social fund). And of course this blog here .. which has at least something of writing.

One last word on the way I approach art - not much different from technical problems. First, I get as much input as I can as a basis. For example, while composing I had a lot of Bach and Beethoven in my head. From this pool then the ideas arise. Not in the sense of copying, but more like seed or inspiration. For things with less artistic aspiration, you stick more directly to the templates, the greater the possibilies of expression and the pool of ideas, the further away the ideas are from the template. After all, one thing is clear: the formal idiom within a style is limited, you can not create anything completely new, but always resort to a scaffolding, just as within certain fantasy novels certain elements occur again and again. While there may be genius artists who create something completely new, unprecedented, Percievers should really be at an advantage here.

Trackback specific URI for this entry